Insane, delightful and unexpected plot twists always captivate me. Once I unravel the mystery of a perfectly designed story, I feel elated and fully satisfied. For years, I’ve hunted down tons of novels and films with exceptional plots and jaw-dropping surprise endings, from Christopher Nolan’s Memento to Jeffery Deaver’s Twisted. And, so far, one of the most popular mainstream stories with a mind-blowing twist I’ve ever read is Agatha Christie’s And Then There Were None.

I’ve collected tons of gripping novels and psychological thrillers, after rekindling my passion for reading years ago. And, every time I search for these kinds of books online, Agatha Christie’s name always comes up.

Praised for intricate and skillfully written story-lines, Agatha Christie has often been billed as the queen of mystery.

Truthfully, I wasn’t a hundred percent sure if Agatha Christie would appease my cravings for mind-blowing and intellectually delightful twists.

Even so, I thought her books are worth a shot.

One day, as I was browsing a local bookstore, I finally decided to buy one of her most popular and best-selling novels: And Then There Were None.

Well, there’s only one way to find out.

Note: There are some minor spoilers in this blog post about the novel. Don’t worry, though. I won’t spoil the ending of And Then There Were None. And, I’m not going to reveal things that might ruin your reading experience.

My experience reading And Then There Were None

At 300 pages, I thought the book hit my sweet spot. I don’t mind reading long novels, but when it comes to crime and psychological thrillers, I prefer books around 300 to 450 pages.

The book started with a note from Agatha Christie. Although it’s tempting to skip this part, there’s a minor nugget of information that may come in handy as you read this book, so don’t neglect it.

Ten Little Soldier Boys went out to Dine, one choked his little self and then there were nine.

Nine Little Soldier Boys stayed up very late, One overslept himself and then there were eight.

Eight Little Soldier Boys traveling in Devon; One said he’d stay there and then there were seven.

Seven Little Soldier Boys chopping up sticks; One chopped himself in halves and then there were six.

Six Little Soldier Boys playing with a hive; A bumblebee stung one and then there were five.

Four Little Soldier Boys going out to sea, A red herring swallowed one and then there were three.

Three Little Soldier Boys walking in the zoo; A big bear hugged one and then there were two.

Two Little Soldier Boys sitting in the sun; One got frizzled up and then there was one.

One Little Soldier Boy left all alone; He went and hanged himself and then there were none.

I had a little trouble reading the book at first. And, it wasn’t because of Agatha Christie’s writing style.

On the contrary, she writes pretty clearly and mostly uses basic English words and phrases.

Some people will have no trouble reading this part of And Then There Were None.

I, however, did struggle because I was trying to find clues and prematurely piece the puzzle together.

In mystery novels and psychological thrillers, sometimes, the smallest details can give you clues of the ending or the true identity of the antagonist.

And, I somewhat found a clue in this part of the novel

After the short introductions of the main characters, things just went up a notch.

Soon, the characters of the book were one by one dying on a mysterious island where they were all invited by an eccentric, wealthy unknown host. .

That’s when I realize that And Then There Were None is a fast-paced thriller with plenty of twists and turns.

And, there are a lot of questions in my mind as I was reading And Then There Were None.

Who is orchestrating this whole thing? Is it one of them?

Is the doctor an associate of the madman who’s planning this murder spree?

Should they trust the judge?

Are all these people really guilty of their crimes?

Is this island haunted? Is the house riddled with supernatural beings?

It was a mind-blowing reading experience that kept me awake for hours.

I did have a couple of suspects who I thought were creative and wealthy enough to orchestrate it.

But, all of a sudden, they died.

As the novel was about to end, I was kind of frustrated and perplexed.

Usually, I already have my theories and suspects when I’m about to finish a novel.

With a playful and imaginative mind, I can think of a multitude of realities and eventualities of every story.

In Fight Club, I knew who Tyler Durder was before it was revealed to the protagonist.

Heck, I even knew what was going on in Shutter Island and Girl on the Train.

But, I couldn’t think of anything or anyone who did it in this novel.

For the first time in a long while, I absolutely have nothing in mind as I was reading And Then There Were None.

What the fuck is going?

Is there a real person who’s behind all this? Or, am I reading a paranormal story?

I was stuck in an intricate web created by the brilliant and cunning Agatha Christie.

And, when I finished reading And Then There Were None, all I could say is fuck.

What on earth did I read? Who did it?

Although there were no crystal clear clues, there was a glimmer of hope that might shed some light on this mysterious novel by Agatha Christie.

And, that was the epilogue.

I knew everything would be explained thoroughly in the epilogue, as Agatha Christie has stated in her opening remarks.

Honestly the epilogue didn’t do anything at all, except recount the events on the island.

There were, however, a couple of crucial details that might reveal the true identity of the unknown host in the epilogue.

I went through it twice, just to see I wasn’t misreading or misquoting it.

When the epilogue ended, I still didn’t have an idea of the identity of the orchestrator or unknown host of the island.

I suddenly had doubts about this book. How did it become a top-selling novel when there are plenty of unanswered questions?

Even so, I kept reading, and was, out of nowhere, blown away by an extraordinary and unexpected twist.

Everything was revealed to me, and I was blissfully and carefully reading every word of this big-time revelation.

Words simply can describe how satisfying and delightful the story was.

After reading And Then There Were None, all I can say is Agatha Christie is truly a genius. In my book, she is the undisputed queen of mystery.

I can’t wait to read the other Agatha Christie books.

And Then There Were none writing style

No fluffs and overly descriptive words.

I’m a fan of Dean Koontz, and I love how detailed and descriptive his phrases are. But, Agatha Christie’s style works fine, as far as I’m concerned.

Heck, she can write an intricate patchwork like this without having to use 500 pages.

Personally, I think most writers need more than 500 pages to pull off something like And Then There Were None.

Themes of And Then There Were None

Murder is the novel’s central theme. The murders committed in And Then There Were None range from an axe to the head to a poisonous drink. As I was reading the novel, I didn’t know who the actual murderer is since he/she has not only fooled his/her fellow guests, but I was fooled as well.

But, what I really like about this novel is it represents some of the flaws of our society. Trust me, there are a lot of lessons you can learn by reading And Then There Were None.

There’s no way you can escape the clutches of death. No matter how savvy or clever we are, we’re going to die eventually.

In And Then There Were None, some of the characters have escaped death and even justice with their wits, power and influence.

But, in the end, death, urged by a brilliant and creative maniac, caught them.

In today’s world, we often think we can outrun death.

We have remedies, innovative treatments, and state-of-the-art technologies that can extend our lifespan.

But, death is a mean son-of-a-bitch that you can’t escape.

If you can survive a global pandemic like Covid-19, another mean son-of-a-bitch will catch you.

It can be cancer, diabetes, or like one of the characters in the novel, a bullet in the head.

Like most murder mysteries, this Agatha Christie novel examines justice. But, it bends the typical murder-mystery formula by making the murder victims of the story as people who also committed murderm themselves.

So, the killings on the mysterious island are, in the eyes of the orchestrator, acts of justice.

The brain behind this orchestra did the work of a detective and a murderer by picking out 10 people, including himself/herself, who are guilty and worthy of a death sentence.

And, these people have escaped justice because some of them have power and influence. Additionally, some were not even brought to the court due to lack of evidence.

Since the justice system has some flaws, the murderer took matters in his/her hands by sentencing these 10 people.

However, some of the murders committed on the island are also unjust. For instance, the eldery lady in this story didn’t exactly kill her servant. Therefore, you can argue that this lady deserves a lesser punishment for her crime.

Sometimes, I wondered if all the characters of the novel were really alive before they arrived on the island.

What if the island is actually Purgatory where they are temporarily tortured before being sent out to their eternal damnation?

In And Then There Were None, the murderer picks deliberately an isolated area where the characters can’t escape themselves.

The 10 characters have to sit, wait and contemplate all the crimes they have committed.

Their pre-death isolation is mentally torturing some of them. Likewise, it is a big part of their punishment.

While most of them don’t admit their wrongdoings, others are tortured by their conscience.

In fact, one of the characters even lost his marbles because the island’s isolation made him guilty of the crime he commited.

My rating and final verdict

There’s a reason why this novel has sold millions of copies worldwide. And Then There Were None has all the hallmarks of an enticing mystery novel. It’s suspenseful, ingenious and completely brilliant.

Furthermore, it’s a wondrous testament of how complex and brilliant a person’s mind can be.

That’s why I give And Then There Were None a perfect score: 5/5! 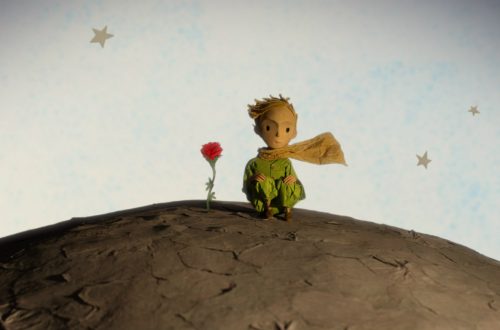 The Little Prince: Timeless Lessons From A Kid’s Book 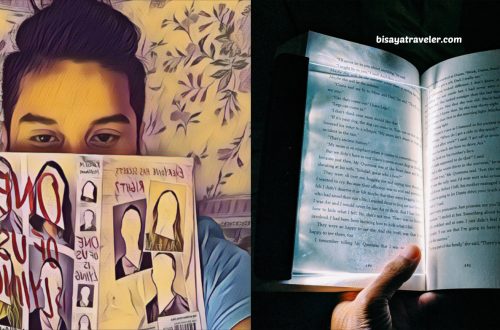 The Perks Of Being A Bookworm: Why Read Books 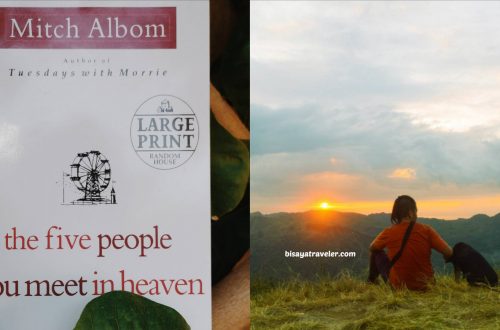 Lessons From The Five People You Meet In Heaven